Imagining a Different Response to 9/11 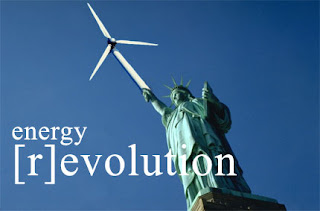 "For every thousand hacking at the leaves of evil,
there is one striking at the root."
- Henry David Thoreau

Imagine the president had invested all of our post-9/11 war money ($trillions) into a bold transition to clean energy and transport.  The goal would have been to strike at the root of the terrorism problem, while also strengthening America's economic and national security, revolutionizing our aging infrastructure, and creating millions of 21st century jobs.

How different do you think our economy, jobs crisis, deficit and national morale would be right now?

Not to mention our progress -- domestically and globally -- toward solving Americans' growing concern that our climate is doing weird and increasingly dangerous things...

So then, what do you think we should do NOW to strike at the root of the terrorism problem..?
...