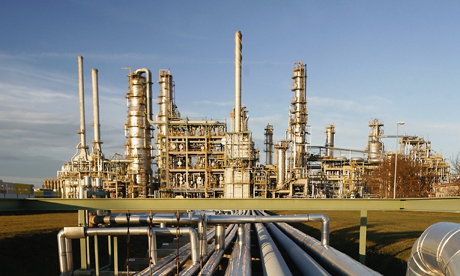 We officially now have the U.S. Military issuing dire warnings about the imminent dangers of Peak Oil, reports The Guardian (where oh where are U.S. newspapers on this critical economic and national security issue?!)


The US military has warned that surplus oil production capacity could disappear within two years and there could be serious shortages by 2015 with a significant economic and political impact.

"By 2012, surplus oil production capacity could entirely disappear, and as early as 2015, the shortfall in output could reach nearly 10 million barrels per day," says the report, which has a foreword by a senior commander, General James N Mattis.

It adds: "While it is difficult to predict precisely what economic, political, and strategic effects such a shortfall might produce, it surely would reduce the prospects for growth in both the developing and developed worlds. Such an economic slowdown would exacerbate other unresolved tensions, push fragile and failing states further down the path toward collapse, and perhaps have serious economic impact on both China and India."

The US military says its views cannot be taken as US government policy but admits they are meant to provide the Joint Forces with "an intellectual foundation upon which we will construct the concept to guide out future force developments."

This report adds a whole new angle of urgency to the need for the U.S. Senate to pass bold climate change and clean energy legislation, and for The House to support a far bolder bill than the one it passed last summer.  Whether you accept the facts on climate change or not, America needs to get our butts in gear in weaning ourselves from oil, or we'll be forced to do it the hard (and very painful and scary) way...

The good news -- the solutions to the Peak Oil crisis are also the solutions to our economic, jobs, energy, and climate crises all packaged into one.  Let's do this, people -- let me know how I can be of assistance.