Biodiversity Loss Threatens Our Health and Safety and Communication is Crucial 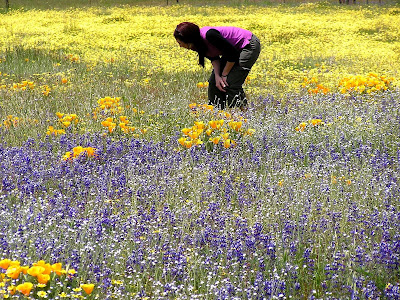 Scientists and the media need to step up efforts to communicate the importance of solving the biodiversity crisis, says this article in SciDev.net:

Both (climate change and biodiversity loss) face formidable challenges in persuading political leaders and the public of the urgent need to take action. The reasons are complex. But at root is the conflict between the need to radically change our use of natural resources and the desire to maintain current forms of economic growth in both developed and developing countries.

The solutions are equally complicated. Part of the answer, in each case, lies in enhancing the media's ability to communicate messages emerging from the underlying science, so that these accurately reflect both the urgency of the situation, and how ordinary people's lives may be affected.

Getting these messages across is no easy task. And so far, in the case of biodiversity, efforts have largely failed.

As delegates to the London conference and other meetings held to launch the Year of Biodiversity have freely admitted, this failure to act partly results from shortcomings in communication. The scientific community has not been able to effectively communicate its concerns to decision-makers — at least not in a way that sufficiently prioritises biodiversity conservation within a political agenda predominantly concerned with employment and economic growth.

(N)ew (conservation) targets must not only be more realistic and concrete, but must also be accompanied by a more sophisticated communications strategy.

This is where I've always thought the ecosystem services paradigm has potential to make a difference in improving the public's understanding of the importance of biodiversity and health ecosystems.  Except we need to rename these critical benefits that ecosystems provide to society something other than "ecosystem services."

Even the word "biodiversity" is ineffective for helping the public get the problem, says the article:


Even the term 'biodiversity' suffers from this weakness, lacking the concreteness of concepts such as sea level rise. Some media advisers even suggest avoiding the term wherever possible for that very reason — not very promising to those trying to create a global campaign around the same word.

Too much media coverage of biodiversity fails to connect with the issues directly affecting people's lives. Even concepts such as 'the web of life', used to emphasise the interrelatedness of living systems, does not immediately explain why we should be worried about the declining number of insects or plants in distant locations.

So how do we motivate the public and decisionmakers to support conservation of "biodiversity"?  What do you think is a good term that reflects its value to human well being and can be as catchy, concrete and emotive as "ancient forests"?