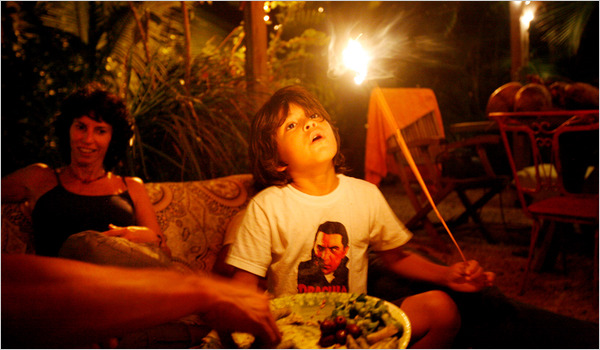 Americans are not only buying less as a result of the recession.  They are doing more, recent polls find.  Are more people actually realizing that there's much more to life than just s-t-u-f-f?  The NY Times reports:

Quietly but noticeably over the past year, Americans have rejiggered their lives to elevate experiences over things. Because of the Great Recession, a recent New York Times/CBS News poll has found, nearly half of Americans said they were spending less time buying nonessentials, and more than half are spending less money in stores and online.

But Americans are not just getting by with less. They are also doing more.  Some are working longer hours, but a larger proportion, the poll shows, are spending additional time with family and friends, gardening, cooking, reading, watching television and engaging in other hobbies.


I've always prioritized experiences -- exploration of life's possibilities and simple enjoyment of life itself -- over stuff.  To the point that I conserve and re-use so much that it sometimes drives my wife a little nuts.  I'd just rather spend my time and resources on non-material things, a choice that also happens to be better for the earth since I don't need to consume oodles of resource-gobbling stuff to be happy.  Get me out into the woods camping in a quiet spot next to a rushing creek for a few days, and I'll be as content and centered as you can ever find me.

I'm glad that the recession is helping people reconnect with the all the non-material things in life than can foster happiness.  It's an important trend.  Let's hope it lasts...