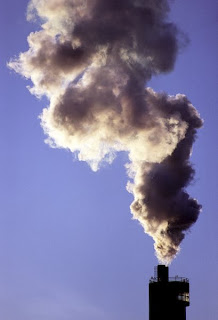 Some good news here, flying in the face of those who call climate change legislation "Cap and Tax", and claim that it will bankrupt the U.S. Government and wreck the economy.  Grist reports:

The Congressional Budget Office—the arbiter of the federal budget impact of all legislation—just released an analysis that the Clean Energy Jobs and American Power Act, S. 1733,

... would reduce budget deficits (or increase future surpluses) by about $21 billion over the 2010-2019 period ... In years after 2019, direct spending would be less than the net revenues attributable to the legislation in each of the 10-year periods following 2019. Therefore, CBO estimates that enacting S. 1733 would not increase the deficit in any of the four 10-year periods following 2019.

This is crucial given that the annual budget deficit has exploded due to spending for two wars, prevention of the financial system collapse, and the American Recovery and Reinvestment Act, which has created thousands of jobs during this horrible recession that begun during President George W. Bush’s last year in office.

Obviously, the projected $21 billion budget cut pales in comparison to the $1.2 trillion deficit. Nonetheless, this cut is another benefit of legislation that would create clean energy jobs, reduce oil use, and global warming pollution. Despite false attacks by ex Alaska Governor Sarah Palin, this clean energy and global warming bill is “cap-and-cut,” not “cap-and-tax.”


So this legislation will not only reduce pollution, stimulate investment in green technologies, and result in the creation of millions of green jobs.  It will also cut the deficit, finds the CBO!

Will the Senate weaken and water down this bit of good news, or will it actually build on what works and make the legislation better, resulting in a still more favorable final CBO score?  Stay tuned...