Do We Really Want to Trust Mother Nature As the 'Climate Referee'? 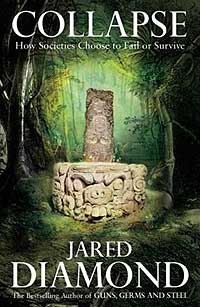 The N.Y Times' John Tierney recently posted an op-ed titled, "Trusting Nature as the Climate Referee," which I found to be maddeningly flawed for several reasons.

A few of them were covered by these scathing critiques in The New York Times, The Economist and The Green Grok, a blog by Bill Chameides, Dean of Duke University's prestigious Nicholas School of the Environment.

So what I'll contribute is my problem with the metaphor of 'referee', itself.

What if Mother Nature, as the 'climate referee', decides to penalize humanity?  Do we really want to know what a yellow card looks like?  What the penalty is for "unnecessary roughness"?

I sure don't want to find out!

What if she tosses us from the game, as Jared Diamond's, 'Collapse' illustrates has happened to past civilizations that have overshot their resource base?

As the father of a 3-month-old daughter, especially, that's the last thing I want to leave open as a possibility!

Do we really want to just let Mother Nature be the 'climate referee', or do we want to make sure we win the game on our own terms?

I know which path I prefer, and that's why I continue to do the work that I do.
...