Water Cap and Trade? Coming to a Watershed Near You 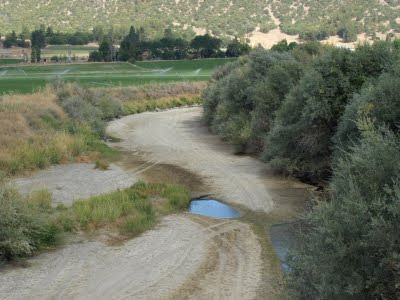 We've seen landowners paid for the carbon sequestering services provided by their forests and soils.  I've always said next up would be water.

“BEF WRCs are a measurable and effective way for companies and individuals to take responsibility for their water use. Each BEF WRC that is purchased represents 1,000 gallons of water that will be returned to critically dewatered rivers and streams. By leaving water in-stream where it’s protected and cannot be withdrawn for any other use, WRCs help these critically dewatered rivers and streams become healthy and flowing again.

When BEF WRCs are purchased, the restored water is officially registered and available for view in the Markit Environmental Registry. Once it has been verified that the water has been restored, the WRC is retired so it can’t be sold, traded or double counted. To ensure that BEF WRCs produce real environmental benefits, the National Fish & Wildlife Foundation reviews each proposed BEF WRC project, selecting and certifying those with the greatest potential to add water where it’s most critically needed.”

Each WRC represents a 1000-gallon unit of water restoration that is standardized, inventoried, and ready for purchase.


It's not exactly a payment for an ecosystem service, since the water running through their land isn't necessarily the water being provided or filtered by it.  But it's an important incentive that helps make conservation and restoration profitable for landowners, providing them with a way to generate revenues off of doing what's right for the ecosystem.

Of course, the benefits flow to not only fish and other species dependent on healthy waterways, but to the people and businesses who depend on them for fishing and other forms of recreation.

We'll keep you posted on the progress and impact of this intriguing new conservation finance tool...