Is Apocalypse Fatigue Losing the Public on Climate Change? 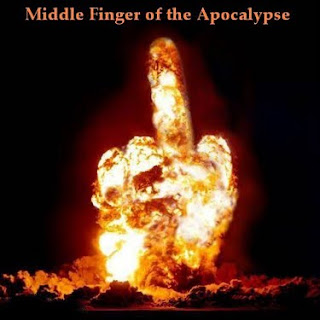 Is the apparent decline in public concern about global warming a result of "Apocalypse Fatigue"?

The lesson of recent years would appear to be that apocalyptic threats — when their impacts are relatively far off in the future, difficult to imagine or visualize, and emanate from everyday activities, not an external and hostile source — are not easily acknowledged and are unlikely to become priority concerns for most people. In fact, the louder and more alarmed climate advocates become in these efforts, the more they polarize the issue, driving away a conservative or moderate for every liberal they recruit to the cause.

These same efforts to increase salience through offering increasingly dire prognosis about the fate of the planet (and humanity) have also probably undermined public confidence in climate science. Rather than galvanizing public demand for difficult and far-reaching action, apocalyptic visions of global warming disaster have led many Americans to question the science. Having been told that climate science demands that we fundamentally change our way of life, many Americans have, not surprisingly, concluded that the problem is not with their lifestyles but with what they’ve been told about the science.

These factors predate but appear to have been exacerbated by recession.


If this is the case, they ask, then "What will it take to rally Americans behind the need to take strong action on cutting carbon emissions?"

At the same time, significant majorities of Americans are still prepared to support reasonable efforts to reduce carbon emissions even if they have their doubts about the science. They may be disinclined to tell pollsters that the science is settled, just as they are not inclined to tell them that evolution is more than a theory. But that doesn’t stop them from supporting the teaching of evolution in their schools. And it will not stop them from supporting policies to reduce carbon emissions — so long as the costs are reasonable and the benefits, both economic and environmental, are well-defined.


This piece reflects a lot of why Conservation Value Institute works to advance a positive vision of sustainability as the smart path to achieving wealthier, healthier, and safer communities.  People don't like to listen to very much gloom and doom.  It's a buzz kill.  But they love to hear about solutions that will save them money, help them live healthier and longer lives, and protect the safety of their children -- especially if it's stuff that they can brag about, and have their esteem boosted by telling their friends about the important things they're doing.

It also reflects why we have a category of posts about "motivating change" on this blog.  It's here to help you follow the rising numbers of recommendations for solving global warming that are coming out of the environmental messaging fields -- from conservation psychology and conservation sociology to neurolinguistic programming.

At the end of the day, we know what we need to, technically, to slow and reverse global warming.   It's just a matter of motivating people to do it.

It's been a long, tough slog over the last few years for many of us, from the incompetence of the disastrous Bush presidency to skyrocketing oil prices to the Great Recession.  The trick for proponents of the Green Economy is to clearly and positively convey how climate change and clean energy solutions can offer us a path to a better economy, more and better-paying jobs, a healthier environment that is safer for our families, and a re-inspired America that leads the world's most important emerging industries.

We have quite a ways to go, but I do feel that we are on the right track...