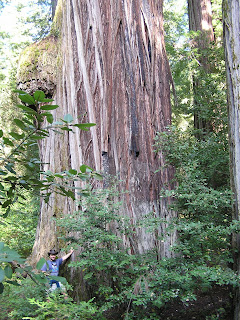 As delegates at the COP15 climate conference in Copenhagen try to work out a deal that pays countries and communities for conserving the carbon-storing services provided by their forests, there are of course opposing political forces at work, reports Mongabay:

Some environmental groups are pressing for conservation of old-growth forests — the most carbon-dense, and biologically-rich state of forests — to be the centerpiece of REDD, while industry and other actors are pushing for "sustainable forest management" or logging using reduced-impact techniques to be the primary focus of REDD.

Central to the issue are concerns over biodiversity. Logged forests have been shown to be biologically impoverished relative to intact forests, but only temporarily in the case of selectively logged concessions, which under favorable conditions (i.e. reduced impact logging techniques, use of forest buffers, etc) can see a recovery of 70-80 percent of their biodiversity (among conspicuous plant and animal groups) within 30 years. Of course some primary forest specialists — species that cannot tolerate disturbance — lose out, likely heading towards extinction if at least some of their habitat is not preserved at the scale needed for their survival.


Inevitably, there will be compromises, and the solution will vary from one ecosystem type to the next.  Certainly low-intensity selective logging is better than slash and burn that converts rainforests to cattle pastures.  My concern is that especially in tropical countries, logging brings roads and roads bring more illegal logging (among other problems -- like weed invasions, increased fire risk, and other fragmentation-related impacts).  Such issues would make REDD schemes that involve logging of old growth riskier, and likely much more expensive to enforce in many cases.

Just from a moral standpoint, given how little old growth is left in the world and how quickly what's remaining is disappearing, I'd love to see what remains protected (in a way that respects the rights of indigenous peoples), and the interests of maximizing carbon uptake and biodiversity conservation balanced properly across the board via management that reflects the best available science.

Of course, in addition to the value of preserving our rare remaining old growth's valuable ecosystem services and biodiversity, there's also the aesthetic -- anyone who's ever been in an ancient forest knows that their cathedralesque feeling is spiritually uplifting in a way that is unequaled by second growth.